We just received this question from a fellow filmmaker:

Is a property release required for footage captured using a drone?

While there is no easy yes or no answer, it definitely raises some very interesting dialogue. First off, it never hurts to get a property release whenever possible. Now that the obvious has been addressed, we can take a deeper dive into understanding the history of property law and air rights.

Back in early June we posted a news article from NPR about the Federal Aviation Administration (FAA) regulating airspace between 83 and 500 feet, and grounding commercial drones through cease-and-desist letters. Shortly after that the FAA released a statement that they have issued their first ever permit for a commercial unmanned aircraft to fly over United States soil and are working on regulations that will clarify the operating standards and requirements of commercial drone use. Congress has asked the FAA to have these regulations integrated by September 30, 2015, but not all commercial drone users are willing to wait that long.

While commercial drone flight may not be legal, the FAA has permitted hobbyists to fly drones up to 400 feet (which was the same FAA permission given to hobbyists flying remote control airplanes), as 500 feet and above is reserved for airplanes (FAA Statement Clearing Up Common Myths about Drones & FAA Drone FAQs Page).

Property rights in the U.S. include the air above the land. Historically, these air rights went “up to the heavens.” With the advent of modern airplanes that rule evolved into the somewhat ambiguous rule of rights to airspace that can “reasonably be used” by the property owner. 83 feet has become a magic number for air rights that individuals have directly above their property.[1] Courts did not precisely define 83 feet as the limit, but they did decide in favor of a property owner when a government plane flew over his property at 83 feet. Flying a drone under 83-feet over private property owned by another could be considered trespassing.  Therefore, if you will be drone flying over private property at altitudes less than 83 feet, you will need to get the property owner’s permission.  If you wish to use any of the video footage in a commercial manner, you’ll need to obtain a property release from the owner (and of course FAA cert prior to the flight).

There is no current statute that specifically mentions drone use for filming, and the only court case on the subject no longer applies because the FAA has “undertaken the required public notice” which it had not done at the time (hopefully the FAA clarifies everything in late 2015).[2]

In summary, if a drone is flying under 83 feet and in private property, it is technically trespassing. A property release would be required to use the video footage commercially (and of course FAA cert prior to the flight).

If you capture video while flying between 83 feet and 400 feet, you probably don’t need a property release (you will need FAA cert prior to the flight). However, if you capture sculptures or statutes (works of art) you’ll need to obtain a release/license from the copyright owner.

If you have any questions, please contact your Nimia Agent.

By accessing and reading this blog, you acknowledge and understand that no attorney-client relationship has been formed and you further acknowledge and understand that this blog is not intended to constitute legal advice. Legal advice and counsel requires a fact-specific analysis of your particular issues, and you should thus obtain legal advice directly and individually from an attorney licensed to practice in your jurisdiction, if appropriate. 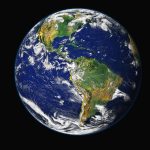 Do You need a Property Release?Legal
11